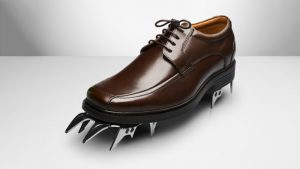 It can come out of nowhere — a contempt attack. Like a panic attack, it arises suddenly and takes over completely. You feel a roil of emotions and an overpowering sense of exasperation: the person you’re working with is wasting your time, undermining your efforts, holding back the team. They’re weak, lazy, willfully misguided. In the grips of the attack, you can no longer focus on the matter at hand. The problem is more fundamental. What troubles you about this person is not so much what they’re doing as who they are.

Most leaders experience contempt attacks at one time or another, especially during times of crisis, uncertainty, and high stress. Leaders need to be strong and resilient to make it through these periods. Paradoxically, however, those very strengths make leaders vulnerable to these attacks, because in the heat of the moment they forget that not everybody is as strong and resilient as they are.

Consider a CEO I’ll call Gwen, who leads a well-known financial institution. During the financial crisis of 2009, Gwen was the picture of calm: perfectly coiffed hair, Chanel suit, and a commitment to doing whatever it took to help her institution navigate the crisis — which it did, with flying colors. Understandably, in the aftermath of the crisis, Gwen was proud of what she’d done. As she put it, “Under pressure I lowered my pulse, stayed strategic, and got everyone to execute brilliantly.”

In the work she’d done, Gwen had withstood the kind of pressure that would crush a normal person. Unfortunately, a lot of the people who worked for Gwen hated the experience. As one of them put it, she was an “ice queen slave driver” who couldn’t be bothered to connect to her people. She drove the team relentlessly, micromanaged, and took over herself when she felt members of her team were falling short. In her view, she had done this to rescue the team — but they weren’t grateful, and she couldn’t understand why. She may have won the war, by successfully navigating the crisis, but her team was unhappy, and she sure wasn’t winning the peace. So to turn things around, the board insisted that she hire a coach.

I ended up being the person Gwen chose to work with. When we first met, she didn’t hold back. “They think I’m the one that needs coaching!” she told me. “It’s the team, not me. They collapsed. They put our entire organization in jeopardy, and I had to carry them out of the mess on my back. I’ve seen their feedback: How I need to listen and slow down. ‘Take them all with me.’ I am supposed to be more open? And they want me to be vulnerable?”

Her eyes narrowed, and she leaned toward me with fury and contempt shooting out of every pore of her being.

Gwen is not a “bad” person. She felt betrayed by her team, who she felt had abandoned her when she needed them most and now threatened her leadership. It never occurred to her that the members of her team might not be as relentlessly resilient and mentally tough as she was. Blind to this fact, she was unable to relate to her employees empathetically and instead assumed they had chosen to fail her. From her standpoint, they deserved her contempt.

In my decades of working as an executive coach, I’ve seen versions of this story play out time and again. Men are more likely to experience contempt attacks than women, but, as Gwen’s case makes clear, leaders of both genders are vulnerable. And no matter what the situation, the attacks put leaders, their people, and their companies at risk. To put it simply, contempt is dangerous in a leader.

Just how dangerous was something I learned years ago, when I was part of a research team, at the Maudsley Royal Hospital, in London, that was studying what we called “levels of expressed emotion.” What we found was shocking. Working with patients who had suffered episodes of depression or schizophrenia, we found that a high number of remarks given in a critical or contemptuous tone by a family member was as powerful a predictor of relapse as their not having taking medication.

As a leader, you need to recognize how powerfully your contempt can affect the people you’re working with. You overlook this at your peril. Fortunately, it’s possible to train yourself to be alert to signs of an impending contempt attack — and in so doing, to help yourself hit the reset button.

Awareness is key. One early sign of an impending attack is that you feel like rolling your eyes. Another is disparaging somebody in your mind. (“What a loser,” “Get a grip.”) Do you feel a sneer coming on? Are you looking down your nose at that person, or blaming them for their weakness? If these things are happening, you’re no longer creating a zone of psychological safety for the two of you, and you lose effectiveness as a leader. Don’t let this kind of amygdala hijack control your actions. Once you recognize that an attack is imminent, deactivation has to become your only goal. Only after you’ve addressed your own behavior can you start thinking again about somebody else’s.

Consider how another client of mine — I’ll call him John — coped in this sort of situation.

Second in command of a pharma giant, John hit the ground running after Covid-19 arrived. Early on, however, he saw it from a different vantage point than most. His take, as he described it to me recently, was this: “This is horrible, and we’re racing against time for the vaccine, but, still, our parents and grandparents had it so much worse during WWII.”

John went on to describe his leadership team. “Some are amazing,” he said. “Really stepping up, and not always the one’s you’d expect. They are incredible. But others? They’re just missing in action. What they are doing? Sitting on their hands? I need them. It’s pathetic.”

John scoffed, rolled his eyes, and said, “One guy, Kevin — I just don’t get it. He’s afraid of his shadow, for Pete’s sake. He needs to get stuff done not hide at home quivering under his desk.”

As I listened to John, I was baffled. His attitude was shockingly out of character. I knew him as a beloved, highly collaborative, and empathic leader, but suddenly he was on a judgmental rant. And I heard telltale signs of contempt in his voice. How could he be so callous? I was reminded of Gwen, and then it hit me. He was a former military officer and, like Gwen, he was fearless. He was the epitome of a guy with the “right stuff” — but he couldn’t imagine what it was like not to have it.

“John,” I asked, “do you remember what you loved to do in your twenties?”

He looked and me blankly.

“After your time in the military, didn’t you fly helicopters for fun? And each time you took off, didn’t you have to face death and overcome your fear?”

He gave a short nod.

“For the hundreds of times you strapped into that seat, you built up your resistance to danger. It’s like you inoculated yourself against fear, over and over. And you loved it, didn’t you?”

“Well yes,” he admitted, looking down. “I used to weave them through the trees for fun.”

I could only imagine looking up at a helicopter thundering past, 30 feet off the ground. For fun?

“Here’s the thing,” I told him. “You’ve developed a backbone of steel. There are few people with more fortitude than you have. And that means you aren’t the normal one here. Kevin is. You can’t measure his behavior by yours.”

John is a quick thinker, and it took him only seconds to pivot.

“You’re right,” he said. “Damn! I never thought of it that way. Kevin didn’t deserve that attitude. It’s good thing I didn’t call him yesterday. It wouldn’t have been pretty.”

In my work as a coach, I’ve found that leaders can take several steps to help keep a contempt attack at bay:

• If you’re an exceptionally strong and resilient leader, like John, recognize that you are the unusual one and don’t judge others based on yourself. Instead, think about what prepared you for the experiences that have made you stronger. Then apply that thinking to others, who haven’t been trained as you have. Take that “What’s wrong with them?” energy and use it to create an environment for them to be stronger. Don’t be so quick to judge them as failures. You have no idea what else may be going on for them. And don’t forget the genetic lottery — some of your stability may be inborn, and you can’t take credit for that.

• Remind yourself of who this person really is, not who they are at this moment. If you find yourself looking down on them, see if you can come up with three things that you respect about them. What have they accomplished that matters to you or the organization? When have they gone out of their way for you or someone on your team? If you can’t come up with anything, you’re probably too stressed to think straight — or you need to turn your attention back on yourself. If this person really isn’t up to the challenge of being on your team, why are they still on it? It’s not their fault that you chose to keep them there.

• Empathy involves making an extra effort to be kind. Walk over the bridge to where the other person is, try to see the world from their point of view, and then help them see yours. That’s what Gwen did. At one of our later sessions, I found her holding a black moleskin notebook open to a long list of names. About half of them had checkmarks next to them. “Carol,” she said, “you’ll be proud of me. Last time we talked about my starting conversations with people to understand them better. So I made a list of people and started doing that. It’s my kindness campaign — and it’s been amazing. They aren’t anything like I thought. They’re bright and interesting. I get it now.”

• Finally, to create the impact you want, ask yourself these questions: Who do I want to be right now? Am I living my values? Ask yourself about 30 times today. And then do it all over again tomorrow.

Carol Kauffman (carolkauffman.com) is an assistant professor at Harvard Medical School and the founder of the Institute of Coaching. She has been ranked #1 Leadership Coach by Marshall Goldsmith and shortlisted as one of the top 8 by Thinkers50. 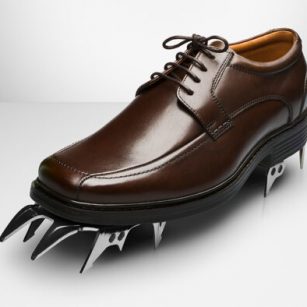